What You Need to Know About Swiss Turning 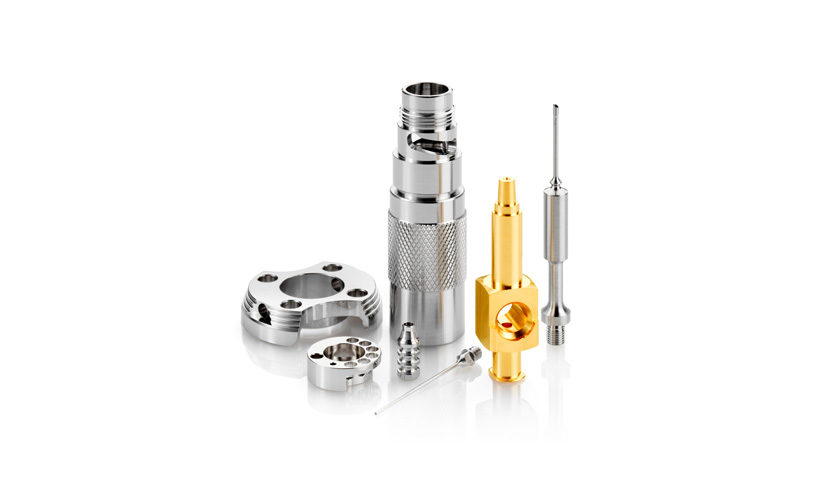 Traditional lathes function by holding the work piece firmly at one or both ends. While the part spins, the tools will be brought in and out of contact with the workpiece to cut away material along its entire length. With a Swiss Screw machine the bar of material both spins and slides axially through a guide bushing. The tools are mounted to the face of the guide bushing. Unlike a traditional lathe where the force of the tool is exerted on the part far from where the machine supports it, on the Swiss lathe, the force is right where the material is emerging from the bushing. Because of this ingenious design, the effects on the part from tool force is minimized, allowing for far greater precision work. Assuming parts are of the same size and material, the parts in the Swiss Screw machine will deflect and vibrate less during machining than in a traditional lathe. As parts get smaller, the benefits of the Swiss turning process increase in comparison to the traditional lathe. Typically, Swiss type parts are less than 1 ¼” (32mm) in diameter with the majority being less than ¾” (16 mm) in diameter. In addition, Swiss turning was built around the capability to produce components in very high volumes.

Swiss lathes started as belt driven, mechanically cam controlled machines in the 19th century focused on the production of miniature watch screws. Today, in the 21st century, the latest Swiss lathes are fully CNC operated with a host of additional capabilities such as milling and even laser cutting at their disposal. The parts that they produce can still be found in the movements of fine automatic watches, but are also in hydraulic valves for heavy construction equipment, implants for medical devices, miniature connectors in electronics, and even as posts in musical instruments such as flutes and clarinets. The modern Swiss Screw machine takes the technological breakthrough established over 160 years ago and evolved it to fit the needs of all areas of 21st century manufacturing.