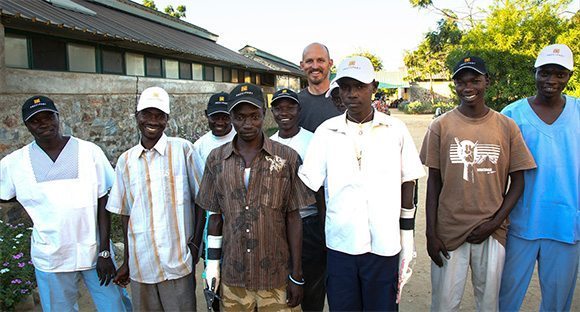 What is Project Daniel?

In March of 2013, then 14 year old Daniel Omar was tending his family’s cows in the Nuba Mountains of South Sudan when bombs were released overhead. He jumped behind a tree for cover, wrapping his arms around its trunk. The bomb landed a few yards away. While the tree trunk protected Daniel’s body, the explosion tore his hands off. Luckily, a local soldier was able to get Daniel into a car and to a local hospital in time to stop the bleeding.

After some time, Daniel’s arms had healed, but the physical effects and mental scarring endured. “Without hands, I can’t do anything. I’m going to have to make such hard work for my family in the future. If I could have died, I would have.”

With an estimated 50,000 amputees in South Sudan, the ongoing conflicts take a massive toll on the region. After reading Daniel’s story in Time magazine, Not Impossible CEO, Mick Ebeling, guided by his mantra of “Help one. Help many.” set out to help Daniel regain his independence.

With financial and engineering support from Precipart, and the close collaboration of a team of experts, including Dr. Tom Catena (an American surgeon who works at Mother Mercy Hospital in the Nuba Mountains) and Richard Van As (inventor of the Robohand), a prosthetic limb was designed, developed and ready to be replicated in South Sudan. With a small team, some Intel computers and a couple of Makerbot 3D printers, Mick and the team braved the trip to Yida, one of the most challenging refugee camps in the world, according to the United Nations. 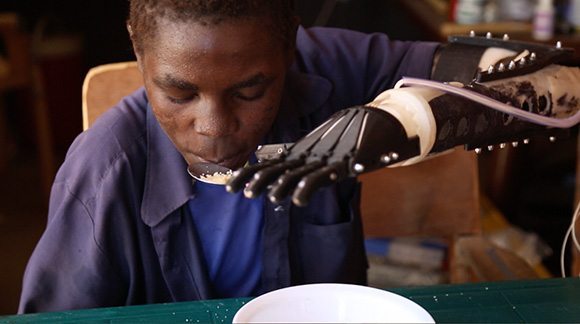 Help One. Help Many.

From the outset, Not Impossible hoped that if they could help Daniel and share his story, they could inspire a movement. And that they did. From Brazil to Viet Nam, to right here on Long Island, New York, Project Daniel has reached an enormous range of people and compelled them to help others in similar situations. Using open source files like those found on Thingiverse, prosthetic arms are being modified, improved upon and even studied in classrooms, like our friends at the Eastern Long Island Academy of Applied Technology STEM high school are currently doing.

We are a growing community of innovators determined to create technology that changes lives. Not Impossible’s mission of “technology for the sake of humanity” perfectly aligns with Precipart’s vision of “enhancing lives through innovative solutions.” This is why Precipart has once again pledged its support to Not Impossible as they prepare to return to South Sudan in the second quarter of 2016. Together with Daniel and Dr. Tom, the team will bring affordable lower limbs to Nuba, where they will equip and train local clinicians and villagers to print a new and improved upper limb prosthetic. 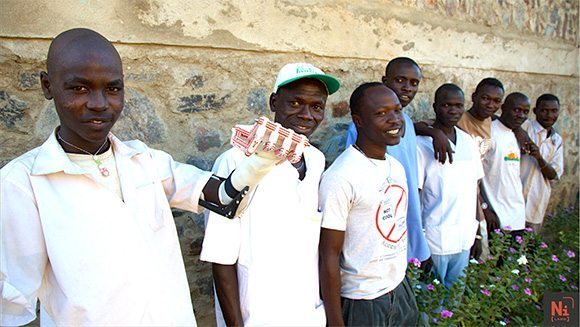